7 Reasons To Choose Himalayas As Your Next Motorcycle Touring Destination

Every year, when summer hits the Himalayas, we see countless motorcyclists leaving behind their day to day worries and frustrations to head for the mountains.

Regardless of their background or the region they come from, these mountains attract people from all different walks of life, professions and cultures who forgo the comforts of their everyday lives to embark on an adventurous motorcycle ride.

And if you ask yourself, what exactly are these people looking for in the mountains? And what do they find there after their expedition? You are probably not aware of the magnificence of the Himalayas. So, here are 7 reasons why motorcycle touring in the Himalayas could be one of the best things you can do in your life and why you should choose to do it as your next adventure.

7 Reasons To Choose Himalayas As Your Next Adventure! 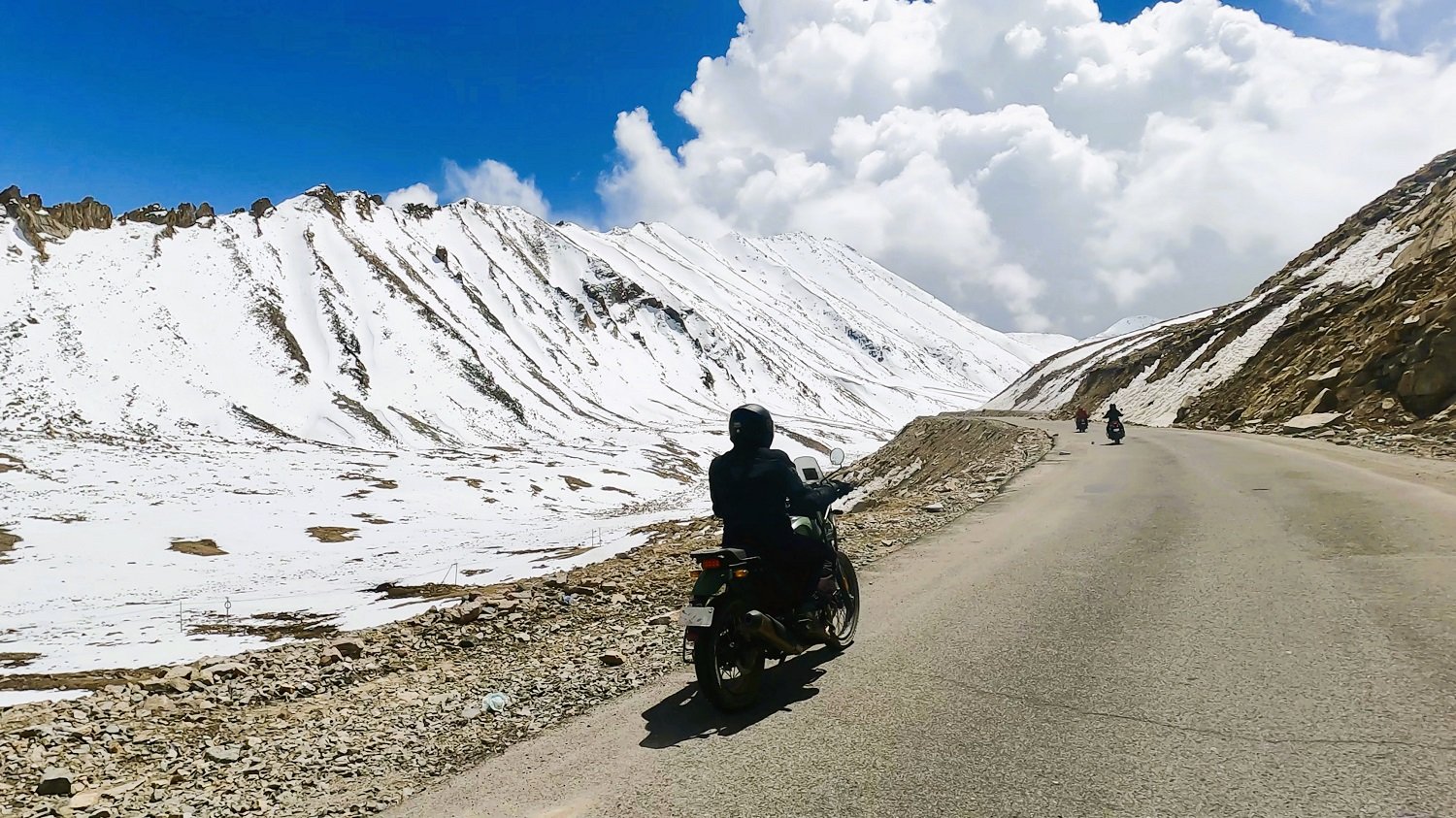 Himalayas – the mightiest and tallest mountain range in the world – are undoubtedly the most extreme and the most revered challenge any motorcyclist would want to undertake.

And if mountain passes over 5000 feet in the Alps are deemed as high, the passes of Himalayas are at least thrice as high. From an adventure standpoint, there is nothing more you could possibly imagine as your next motorcycle touring destination.

Especially the region around Ladakh, which is known as the “land of high passes”, is home to some of the highest and most scenic passes in the world.

In fact, the name “Ladakh – land of high passes” could hardly be more apt given the fact that it is one of the highest inhabited regions in the world. And because this area is so difficult to reach, a unique culture has developed here, which is still preserved by Buddhist community to this day.

Geographically, the area around Ladakhi Himalayas is one of the most fascinating regions of the Indian subcontinent. Following the annihilation of almost all the monasteries and persecution of spiritual life in Tibet, Ladakh is now the only area where Tibetan Buddhism is still practiced in its original form.

But if you are still not convinced, keep on reading further to know more! 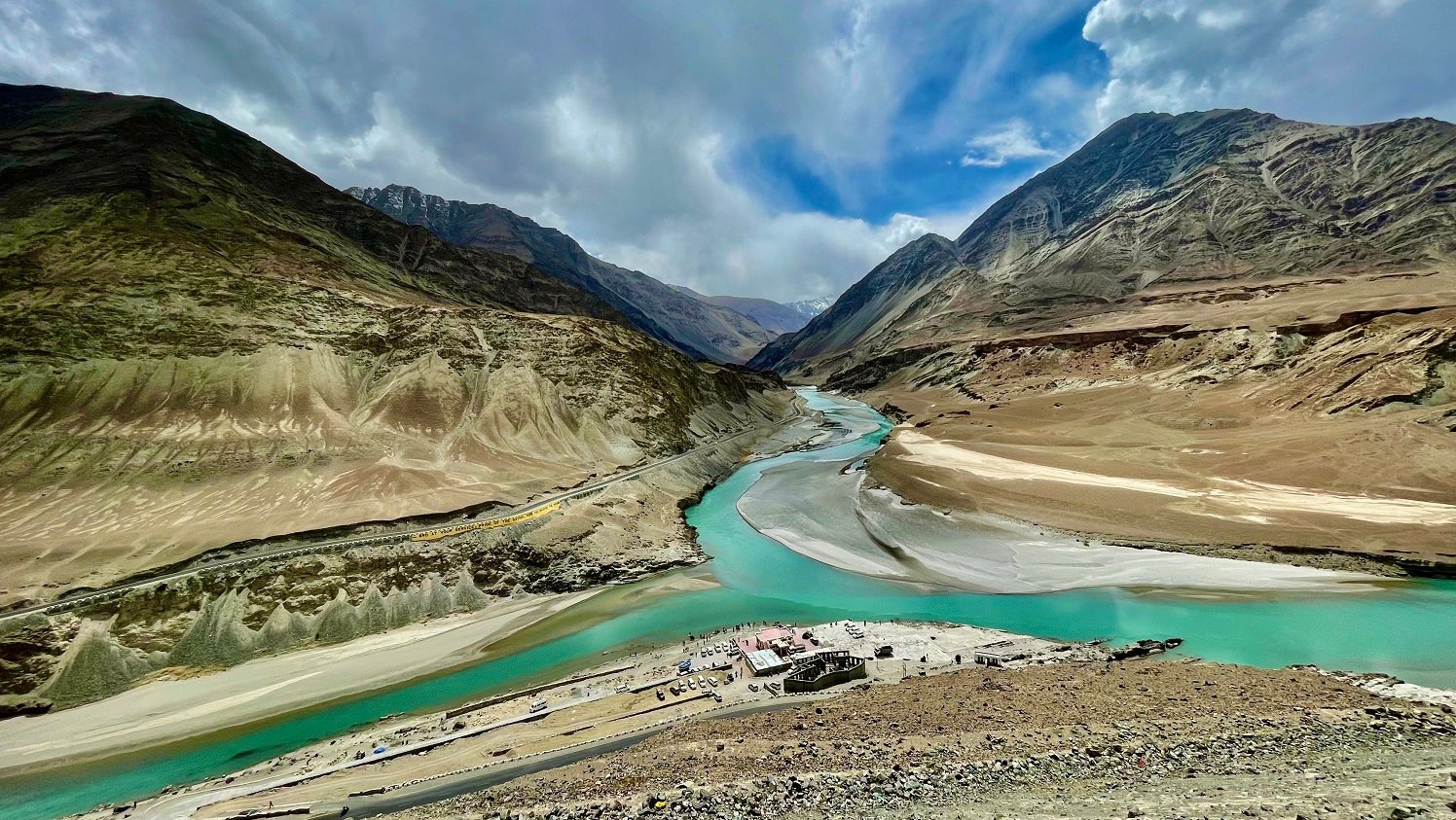 Snow-covered tracks and remote villages in between the highest peaks on earth – that’s the Himalayas!

And if you think that a motorcycle tour of the Himalayas is something only suited for adventure seekers, then you probably are unaware of the beautiful landscapes that the region has to offer.

The Himalayas are nothing less than a dream destination, excellent for immersing yourself in wondrous world of adventure and fun. This magnificent part of the world amazes with its astonishing white peaks, barren moonscapes, green river valleys, wild yaks and a culture full of Buddhist spirituality, which is reflected in countless monasteries that come across your way.

And as you conclude your day’s expedition in a cozy accommodation, the snow-capped mountain peaks shine in the light of the setting sun. Shortly thereafter, the full moon rises over the Himalayas – imagine what a sight that would be!

No wonder that Himalayas are becoming more and more popular as a tourist destination and a worthwhile choice even for non-adventure seekers.

With its vast barren lands, white deserts and lakes of all shades of blue & green surrounded by snow-capped mountain ranges, Himalayas offer the purest form of wilderness and an unparalleled natural beauty – certainly a paradise for motorcyclists. 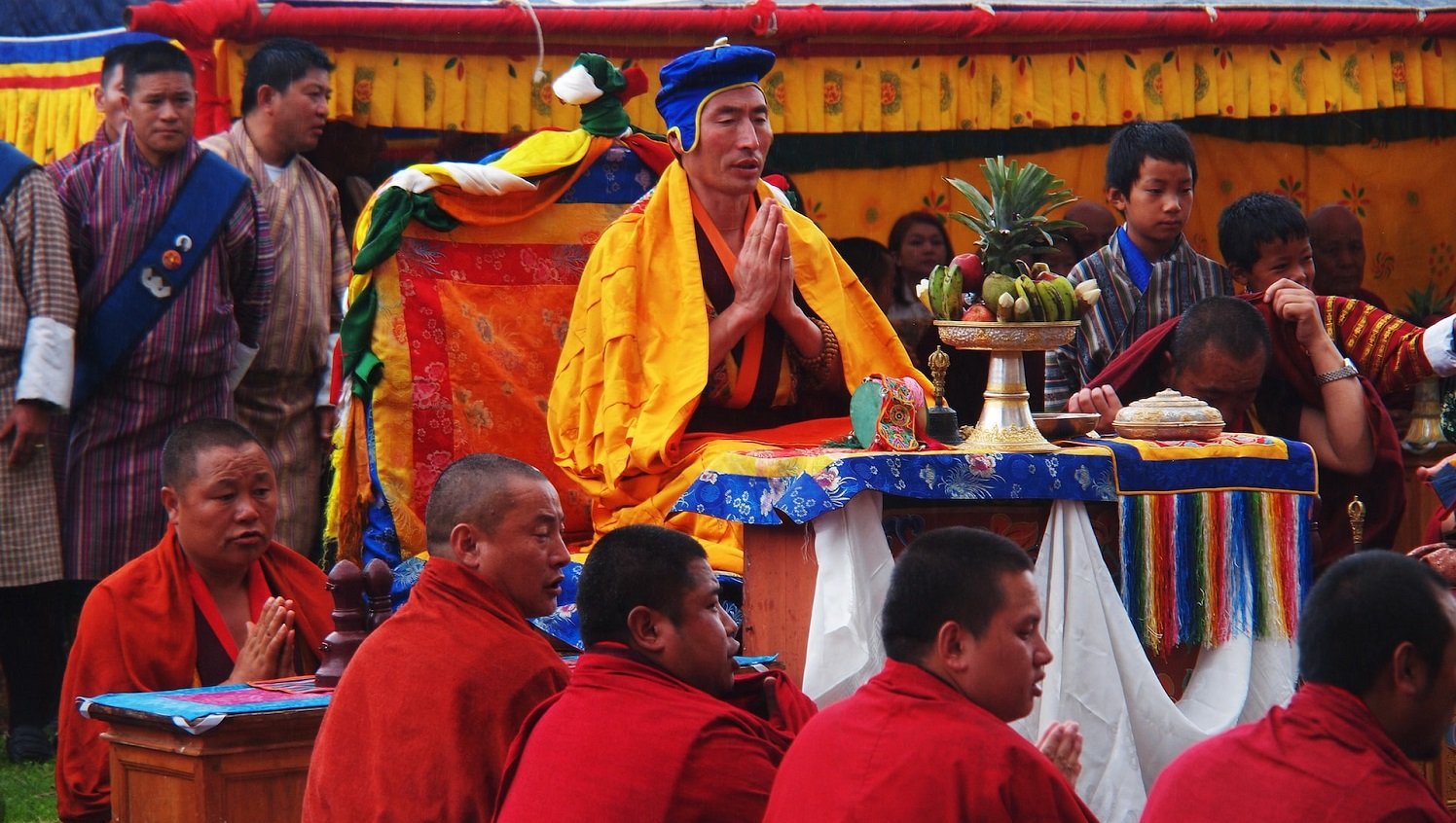 The Himalayan Mountain range, bordered by the Karakoram and Hindu Kush range from the northwest, the Tibetan Plateau from the north, and the Indo-Gangetic Plain from the south, stretch in an arc from west-northwest to east-southeast over a length of about 2,400 kilometers (1,500 miles).

And over the millennia, a diverse mix of civilizations have settled in the valleys and on the plateaus of the Himalayas, creating a colorful coexistence of cultures and traditions. The most well-known of these are the Buddhist monastic culture of Tibet and the Hindu culture of India.

For Hindus, the Himalayas represent the northern most boundary of Bharatavarsha, a regional name for India. While Buddhists on the other hand, regard these mountains as sacred, that holds immense power to guide people in their spiritual learning.

The blending of these different cultures resulted in a variety of local traditions. For instance, the festivals in the upper Himalayas such as Hemis, Matho, Dosmochey and Saka Dawa are very impressive with dramatic mask dances. And the same goes for the festival of Maha Shivratri, which is celebrated in the lower regions of the Himalayas.

These festivals are a vibrant part of life for around 50 million inhabitants of the Himalayas and ought to be experienced once in a lifetime. 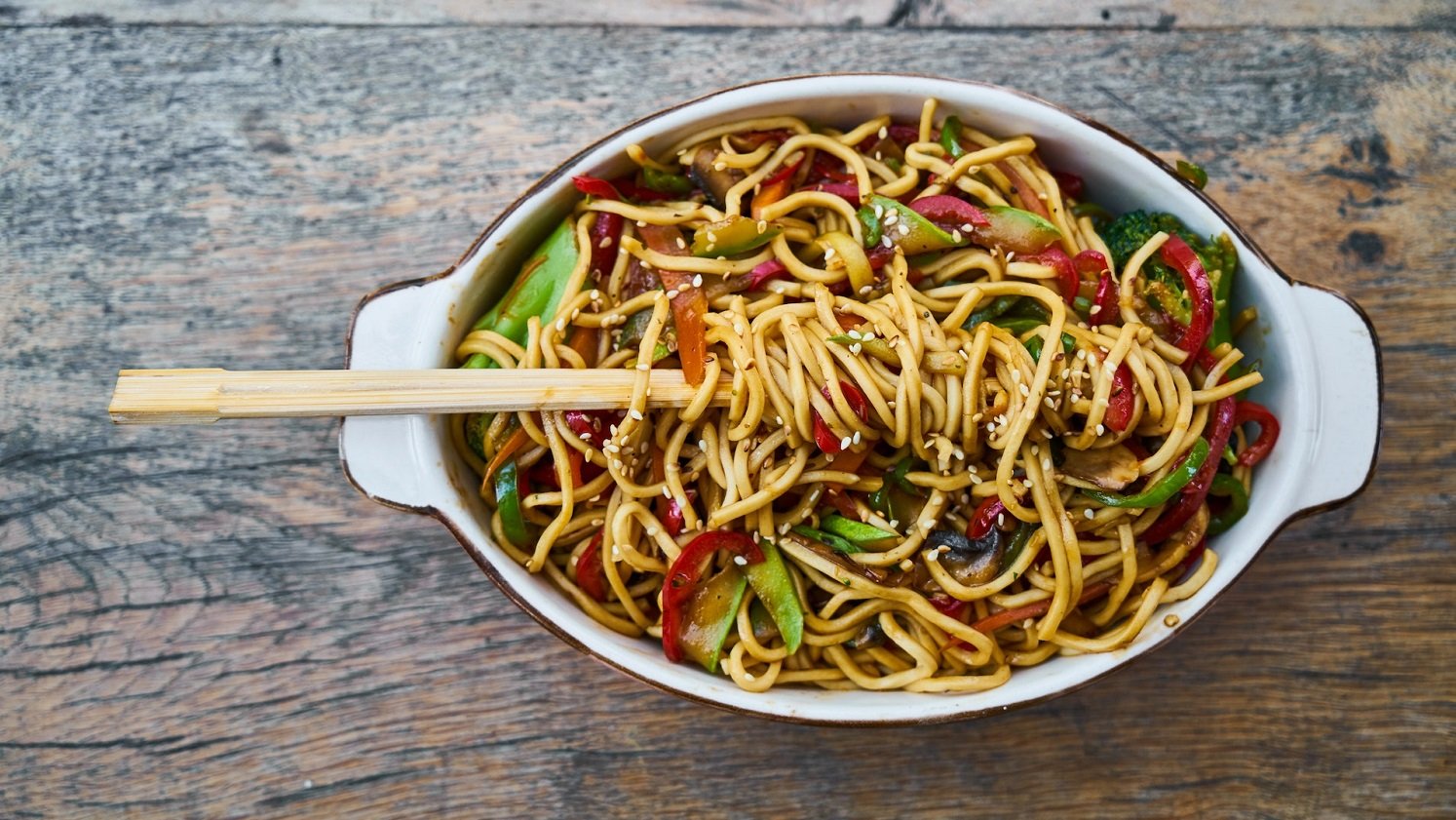 Motorcycle Touring is about discovering new and wonderful cultures, places, as well as the way you look at things.

That said, it is also about trying new things, starting with the food! Which is good, because in the Himalayas, you will find exquisite cuisines that differ in many ways from the ones you would find in the west.

These Himalayan cuisines are primarily classified into three types: First, there are dishes that are strongly influenced by India and China, that surround these mountains, then there are dishes intended for international tourists, often mixed with traditional sauces and herbs, and finally, there are authentic Tibetan cuisines, most of which belong to a particular culture, the most famous being Buddhist, which offers more than 50 different dishes. Chebureki, Cheser mog, Chexo, Dropa Khatsa and Gyathuk, to name a few. These cuisines are often quite spicy and are served in very local places, but you should definitely try them as they taste quite different and leave a soulful taste of the Himalayas.

Well, there is another dish that is quite popular in this region – Thukpa, a dish made out of hot noodles and soup accompanied by chunks of meat and various vegetables. This cuisine is highly popular in the upper Himalayan region, where cold weather prevails for the most part of the year. It is believed that this soup warms up the riders and helps them relax after an arduous ride in the cold. 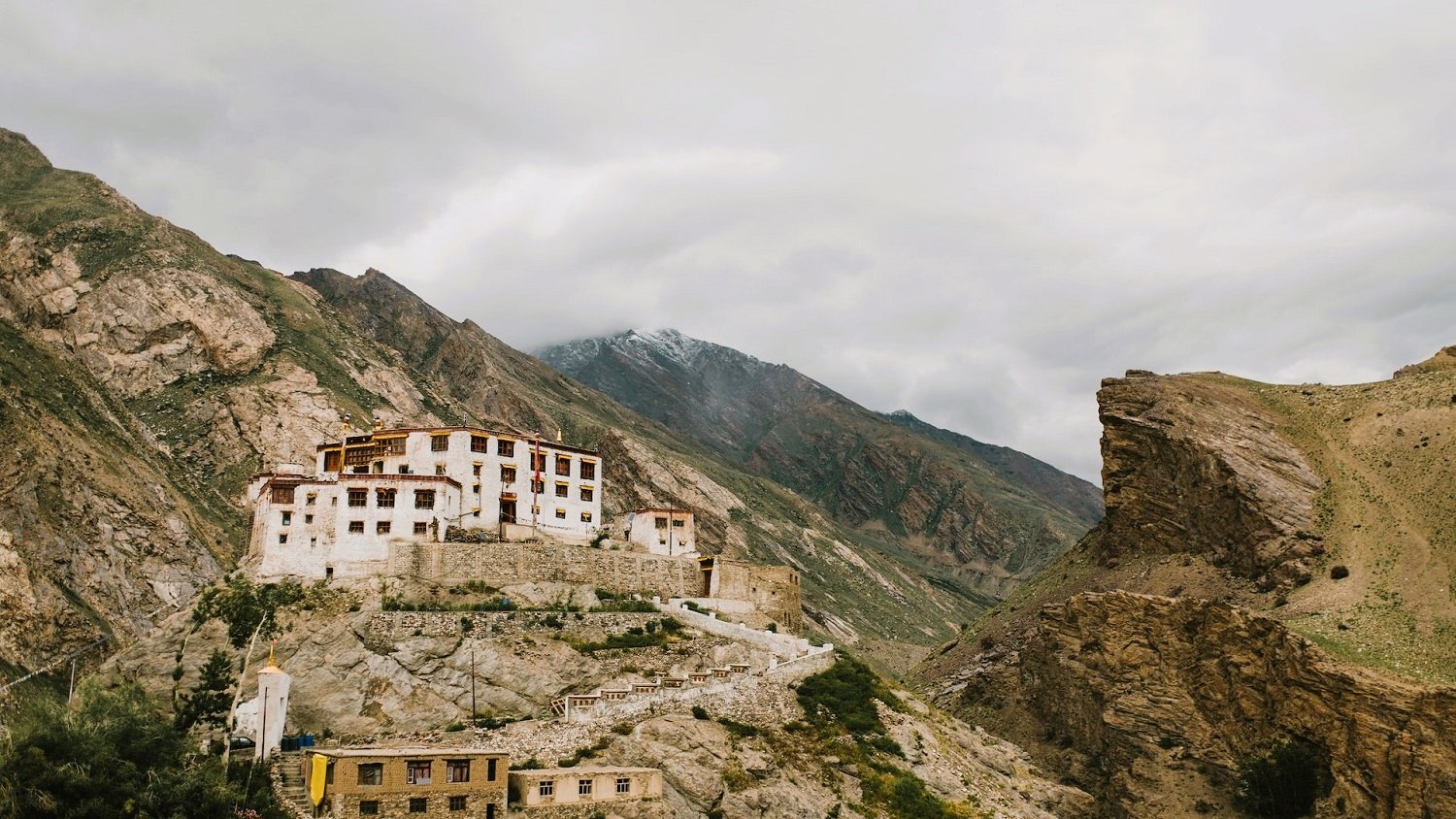 Robust structures with thick walls, these ancient monasteries can be found throughout the Himalayan region. These buildings are considered to be one of the holiest sites in the mountains, which is why thousands of travelers from all over the world visit these religious sites in search of eternal peace.

Besides, these monasteries are not just used for praying, but also for meditating and learning. In most cases, the main shrine is perched on the top of a hill or in-between the slopes of a mountain, while the surrounding area consists of many small houses, that serve as residence for monks.

And while most Tibetan monasteries did not survive the Chinese cultural revolution, these Buddhist monasteries flourished near the border regions and are still active in the Indian region of the Himalayas.

Dharamsala, for instance, being the most famous city of northern India, is situated in the foothills of the Himalayas. In fact, its name itself means “The house dedicated to religious causes and pilgrims” and was formerly a place of refuge for Tibetan monks. In 1987, the 14th Dalai Lama officially blessed and inaugurated Dharamsala Monastery (Tsuglagkhang), which is still active as one of the most prominent monasteries in the region.

Another great reason to take up a motorcycle tour of the Himalayas, don’t you think? 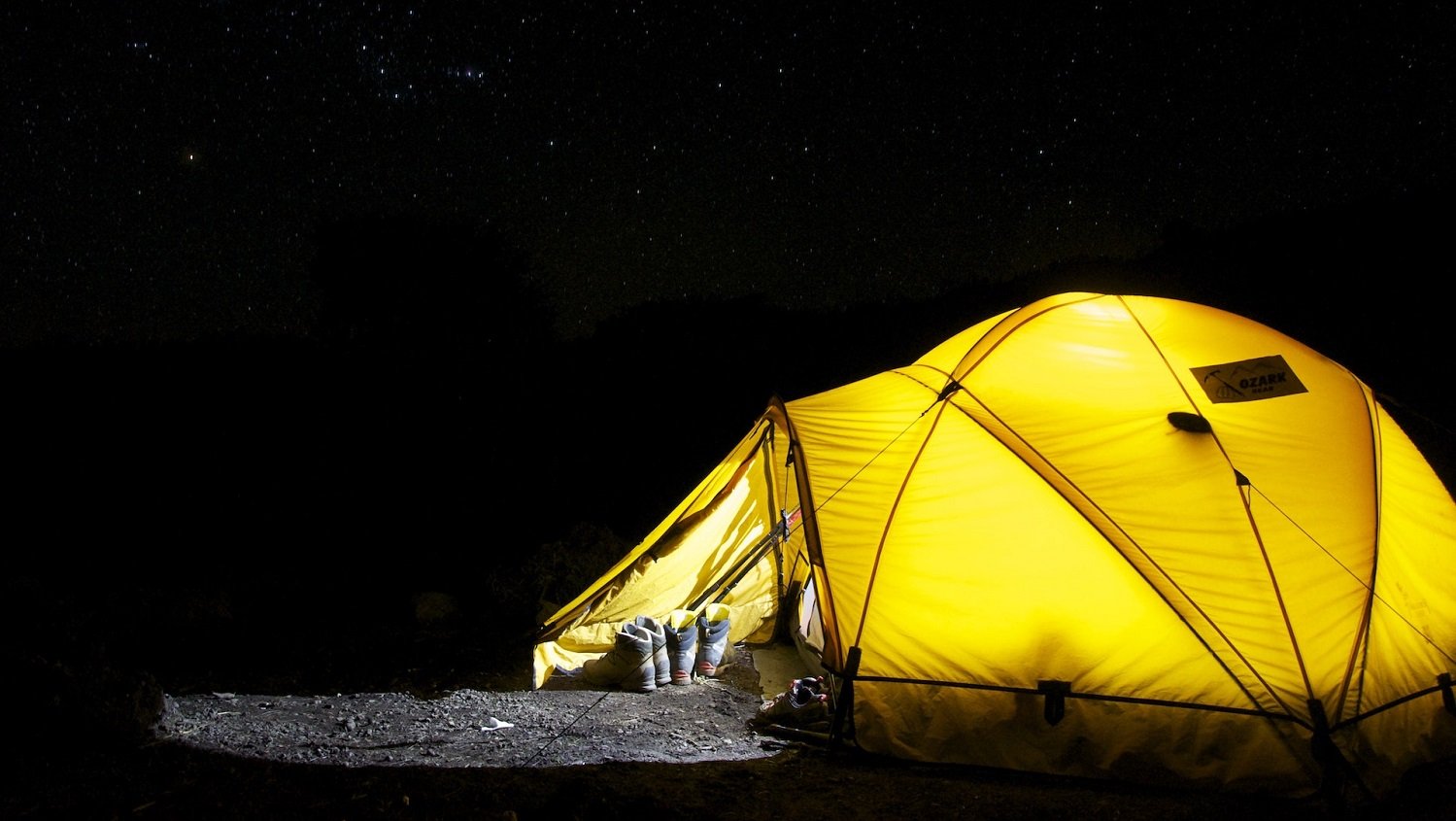 The next reason for opting Himalayan motorcycle tours is simply amazing and probably one of the primary reasons for many motorcyclists out there to venture into the unknown.

For those who are not looking to repeat the same things every day and are longing to spend some wild and spontaneous time out in the nature, this motorcycle tour is just apt. In fact, one of the absolute perks of touring in the Himalayas is its sheer flexibility. So, you can easily escape the crowded areas and find a secluded spot that best suits you.

And if you are still having second thoughts, imagine waking up to the sound of the lake and the birds chirping around your bed. Post your shower, you walk along the shore with a cup of coffee in your hand. But best of all, the sun is setting down the lake and you are relishing your time with a group of like-minded riders, drinking beer and enjoying the campfire.

In short, riding in Himalayas is freedom and freedom is oxygen for the soul!

Quaint villages, picturesque mountains, enchanting meadows and lush green fields – experience places away from the limelight, enjoy the silence of nature and the rustling of trees! No wonder, riding a motorcycle in the mountains is absolute joy.

Besides, these types of experiences are really important in life. When you have all the time in the world to really think about things that matter to you the most while leaving all the negatives behind. 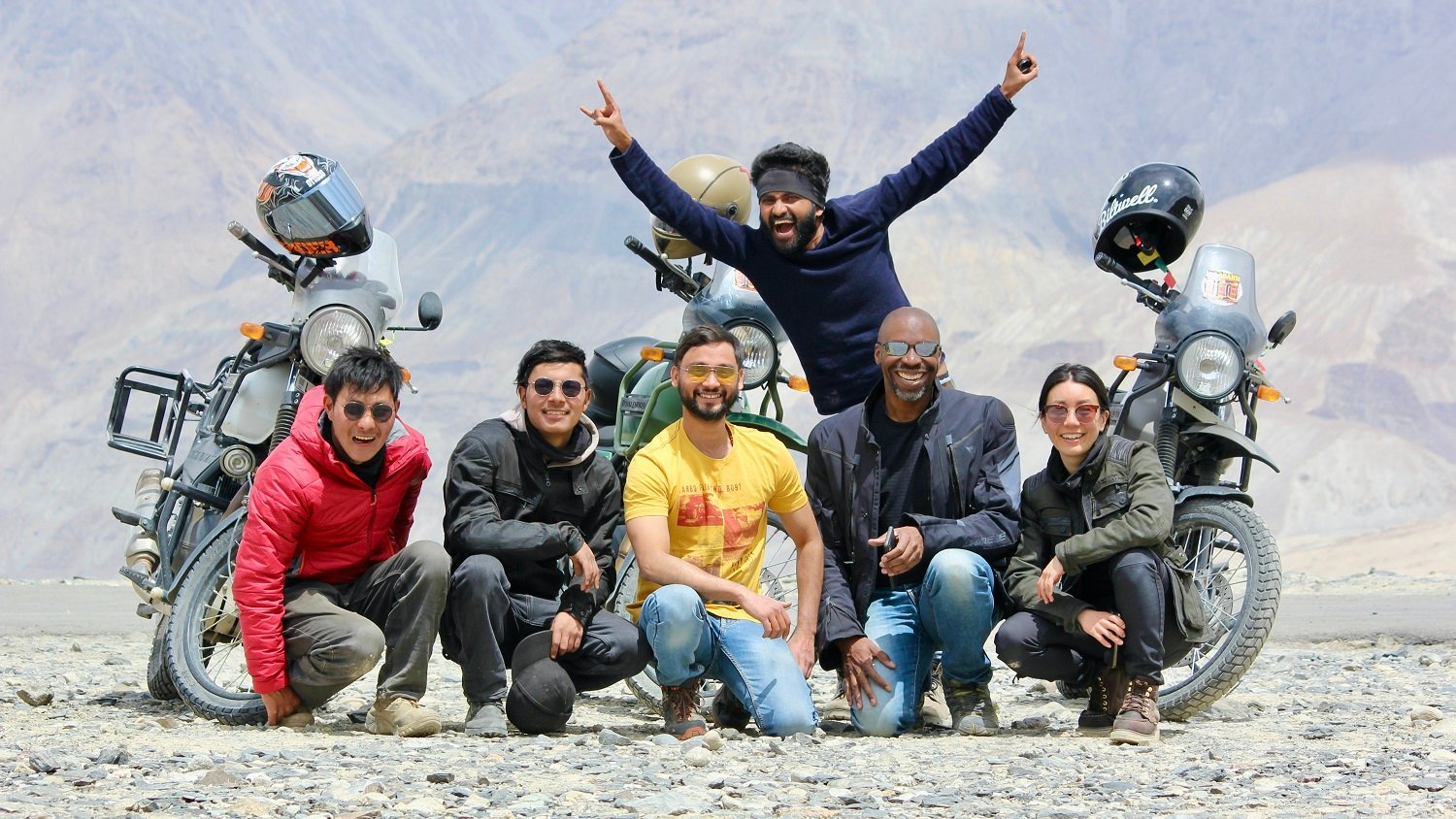 Fresh air, the calmness of the mountains, diverse wild life, challenging ride, and a comfortable cottage in the midst of the panoramic views – a motorcycle ride in the Himalayas has everything to offer. And there are surely at least fifty reasons as to why motorcycling in the Himalayan mountains is such a wonderful expedition to undertake.

The views through the trees into the valley, to the surrounding peaks and to the wooden huts on the slopes are just as beautiful. And around every curve, there’s the next fantastic view.

While we know that avid motorcyclists and adventure lovers will surely agree, but if you are still not sure whether motorcycling in the mountains is right for you, you probably don’t know what a wondrous experience awaits you.

Not to mention, the ride across the highest saltwater lake in the world, Pangong Tso, which is an accomplishment in itself.

Nature has everything to offer in this corner of the region. Whether we think of the Nubra Valley in the Himalayas or the neighboring Zanskar region, you will be amazed!

As for the explorers, you can take a motorcycle ride over the spectacular Kaksang La (17,841 feet) on way to Pangong.

And for anyone who likes snapping amazing photographs, this Himalayan ride is a dream come true. Believe it or not, you might even catch a glimpse of snow leopard, a breed of cat renowned in Himalayas for its solitary nature. What else can you possibly think of before making up your mind?

Touring in the Himalayas is simply a great contrast to the hectic everyday life as you breathe through every part of your soul. After all, even a week-long expedition up in the mountains is enough to regenerate your mind and body. Moreover, it is an experience that you enjoy together with a group of riders as a family which brings you closer together forever.

Also Read: 10 Most Exciting Things To Do On Your Motorcycle Trip to India!

Needless to say, we have countless reasons why you should take up Himalayas as your next adventure destination, and we can go on and on about it for hours. But why not simply find one reason for yourself after embarking on this exhilarating expedition?

Spread the Love on Social Media