Importance Of Neck Brace While Riding Dirt Bike Or Motorcycle 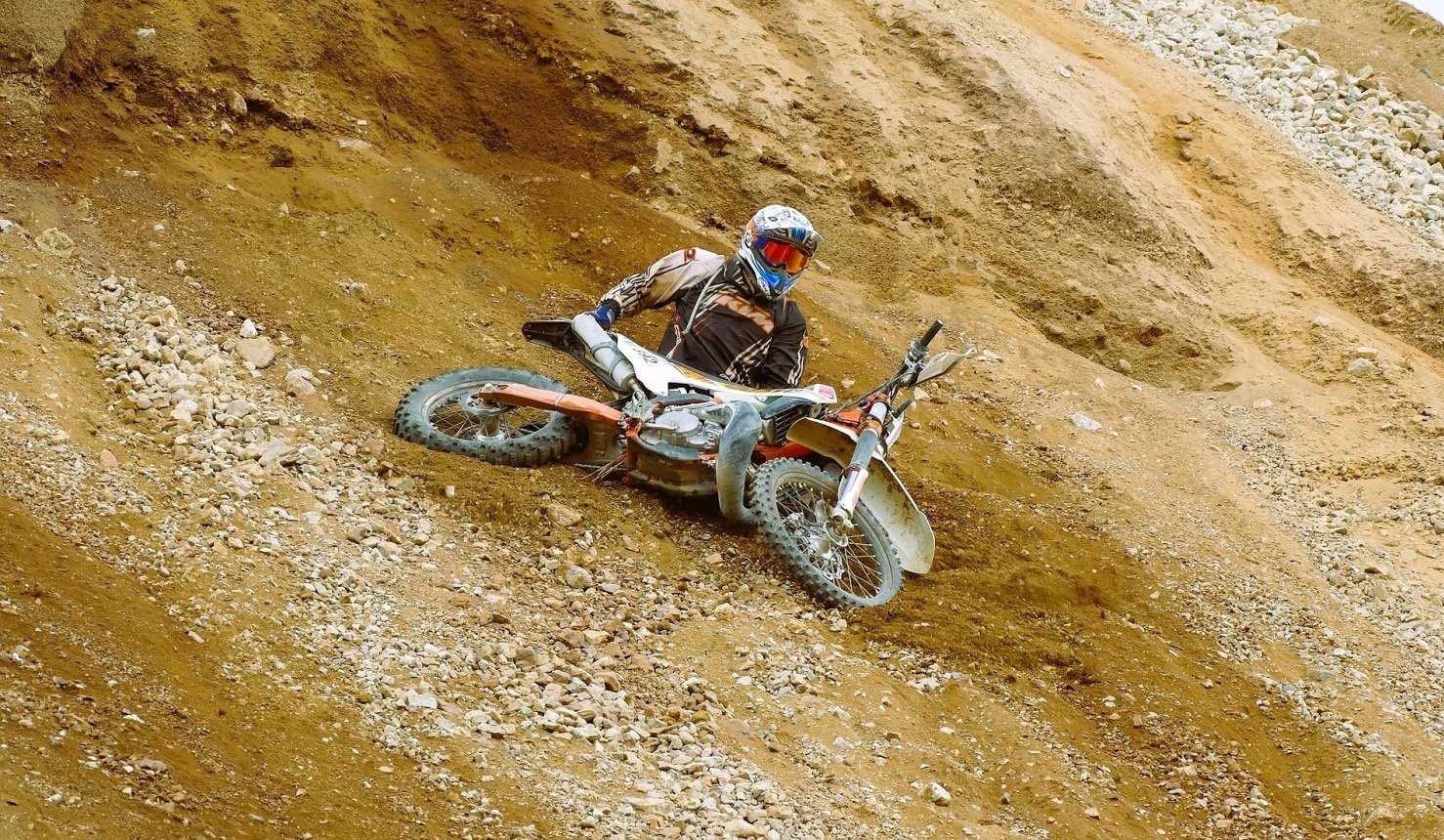 Motocross is a fascinating and spectacular sport, but it is also one of the most dangerous. Injuries, both severe and minor, are quite common and are sadly part of the riders’ lives. In recent years, safety has increased thanks to advanced protective equipment and modern technology, but the trails are getting quicker and more dynamic with progressively longer and higher jumps.

Unlike cars, riders of either dirt bikes or motorcycles are not protected by seat belts and are subjected to different set of risks regardless of speed. It is possible that they could crash or otherwise lose control and land with their head on the ground. As a result, the weight and momentum of the entire body can act like a battering ram, slamming against the object that slows down the momentum. This unchecked torsion is precisely what causes most of the extreme neck injuries.

But as it turns out, you can put a lot of strain on the neck before it suffers potentially fatal injuries, and that’s exactly why some riders don’t wear a neck brace at all. However, in an unusual combination of mis happenings, even the fastest and most experienced rider can suffer a life-threatening neck injury.

Most of you know that helmets shield the rider by absorbing the impact, chest and back protectors spread the impact over a larger area, and knee pads protect the joints from flexing in opposite direction. Likewise, neck protectors utilize somewhat similar principles to reduce the extreme forces involved in case of an impact. They are engineered to work in harmony with a full-face helmet to distribute the impact in a controlled manner from the head to the body and thus to less vulnerable body parts.

In this editorial article, we will discuss the importance of wearing a neck brace while riding a dirt bike or a motorcycle. Keep on reading further to get a detailed insight.

What is a neck brace?

Motocross neck brace is a vital piece of safety gear for anyone who is involved in motocross or, in general, for anybody who is riding a dirt bike or a motorcycle and wishes to be as safe as possible while doing so. These neck braces protect vulnerable areas of the neck and guarantee that in an event of a fall, the chances of fatal injuries are considerably reduced.

Neck brace consists of a ring-shaped neck support, designed to absorb the energy transmitted by helmet in the event of a fall and disperse it to areas around shoulders, chest and back. By doing so, the vulnerable and delicate cervical spine is significantly protected in the event of a sudden fall.

As a result, an abrupt twist on the cervical spine is prevented and serious injuries are averted. You can imagine them like a travel pillow closed from the front, wrapped around your neck. This means that it is almost impossible for the head to bend to one side or the other in a sudden manner.

Considering that cervical spine is the weakest area of spinal cord, such a safety equipment definitely reduces the risk of paraplegia, irreversible spinal cord injuries and fatalities.

Following the death of a fellow motocross rider, Dr. Chris Leatt immediately started working on the concept for the first neck brace. In 2004, he sold the first Leatt Brace in South Africa, thereby laying the foundation for protection against serious neck injuries in the world of motocross sports.

In 2006, Leatt Brace became available in the market globally and quickly became popular, especially among motorcycle and dirt bike riders.

And while Dr. Leatt was working on safety, Alpinestars also started working on it, in Italy, where the company holds a strong legacy in motorsports.

After extensive research, rigorous tests and medical guidance, Alpinestars concluded that both hyperflexion (overbending) and hyperextension (overstretching) are not likely factors in catastrophic neck injuries and only cause muscle damage.

These research conclusions were then implemented in the development of their Bionic Neck Support (BNS) brace under the direction of Colin Ballantyne, who was one of Alpinestars’ chief engineer at that time.

Race Collar, also called “Neck Collar”, consists of a soft foam. They can prevent the neck from bending over to a slight extent by absorbing the energy. However, these are a “low budget” alternative amongst the neck protectors. And in the event of a fall or accident, these collars will provide comparatively less protection.

In contrast, Neck Brace is very stable. It redirects the energy in case of a fall to the shoulder blades, chest and other parts of the body. Neck Brace prevents serious neck injuries and protects against possible permanent disability or worse. For these reasons, we strongly recommend a Neck Brace.

Importance of Neck Brace while riding

A section of the spine that gives mobility to the neck is called the cervical spine. It is composed of seven vertebrae (C1 to C7) all having distinct tasks to perform. The two upper ones have the task of supporting the neck and allowing its rotation, while the five lower ones provide flexibility. Moreover, a human neck plays an important role in the functioning of the body, because it is here that the eight pairs of spinal nerves pass information to the brain and enable the brain to communicate with upper body parts.

With so many nerves, joints and blood vessels in a small space, the cervical spine is the most complicated region of the entire spine.

In fact, any damage to the cervical cord can lead to tetraplegia, i.e., the partial or total paralysis of four limbs and torso.

The study was conducted by an independent organization: Action Sports EMS Inc.

8,529 riders were involved in the study, which was conducted over a period of 10 years and focused on the impact of falls on the cervical vertebrae while practicing motocross sports.

Among which 4276 wore neck brace throughout the study and 3,803 did not wear neck brace for the entire study period.

As the study reveals, over a period of 10 years, of the total number of riders who participated in the sport without wearing a neck brace, 4 succumbed to their injuries. In comparison, among riders who wore a neck brace, only one death was recorded.

This conclusively establishes that riders are 69% more likely to die due to neck injuries in case of a fall if they are not wearing a neck brace.

One common beginner mistake in motocross / enduro riding is to actually think that you do not need a neck brace. The most common reasons being restricted movement and fear of impact on collar bone as a result of fall.

From our very own experience, plus the conclusion we drew from the research conducted by Action Sports EMS, we strongly advise you to buy a neck protector! Especially if you are a beginner, as you can misjudge dangerous situations or practically don’t have much experience.

How Leatt Neck brace can save a rider’s life 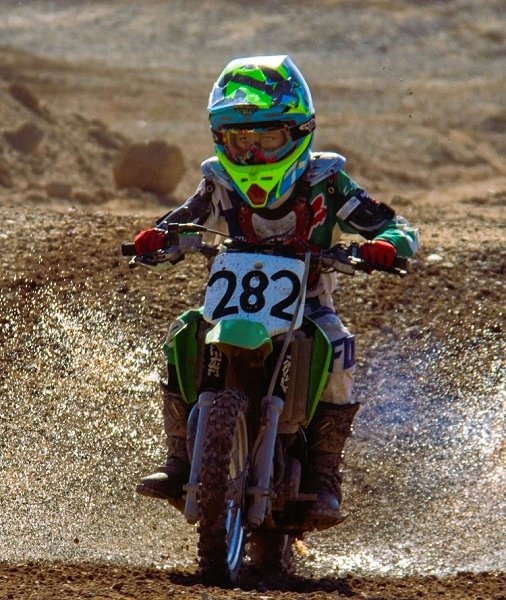 Do kids need to wear neck brace while riding?

Children’s bodies are different from that of adults. They have thinner skin, they often do not completely understand how to protect themselves, and they are not always able to explain what is bothering them, nor do they understand certain situations as clearly as a grown-up.

Furthermore, any type of mental stress or trauma resulting from an accident can be harder on kids as they are relatively less experienced at bouncing back from difficult situations.

Thus, for youth riders, neck brace is way more important, something that protects them in the event of a severe impact.

And in addition to the fact that neck brace is primarily designed to protect the cervical bone, it also protects from the cold waves in winter.

The advantages of a neck brace when riding a dirt bike or motorcycle are obvious. The cervical spine and hyoid bone constitute the bones of the neck and are particularly sensitive in humans. For this reason, it is very important to protect this area from sudden impacts or trauma.

Neck brace helps distribute the forces of an impact across the chest, back, and shoulder blades. This significantly reduces the risk of permanent disability.

In addition, riders acquire a sense of security following a few rides wearing the neck brace. Consequently, the rider feels more confident about his or her own ability to ride.

Of course, this in turn also increases the risk of errors and falls, but ultimately leads to an improved riding ability on the track.

And most important of all, you reduce the risk of accidental death!

The two major downsides to wearing a neck brace are that you are somewhat limited in terms of head movement and that there may be compatibility issues with some types of chest guards.

While, the restricted head movement is diminishing with the advances made by the manufacturers, it is obvious that it will persist as this is the very principle of neck brace. In unforeseen circumstances, the function of the neck brace is, among other things, to limit the amplitude of motion that goes beyond the physical capabilities of the neck.

Nevertheless, the discomfort is relative to the protection it provides. Unless you are used to wearing a neck brace, you will feel uncomfortable at first, but you will soon get used to it. As time goes by, you will find it more comfortable, as well as much more practical while riding.

As far as the compatibility is concerned, most neck braces are perfectly compatible with the riding jacket and do not interfere with its mechanism. However, it does not always work with the chest or back protectors. To overcome this problem, you just have to be proactive when you buy your chest protector or your neck brace.

Things to look for in a Neck Brace

Although no type of safety equipment guarantees a 100% protection, however, there is enough information and research findings to support our statement that wearing neck brace will protect you from serious injury and in some cases death.

The only thing that makes a neck brace less desirable among dirt biking and motorcycling community is because of the discomfort it creates. So, before considering any advice or deriving a notion from other riders, it is best to get your own perspective on the situation.

Simply try out a neck brace from your nearest retailer and ride around for couple of days. If you feel that you can ride with it, we say go for it! A rider with a neck brace on will have a sense of security and this confidence will be evident in his riding style. Good luck.

How to Wash Dirt Bike Gloves