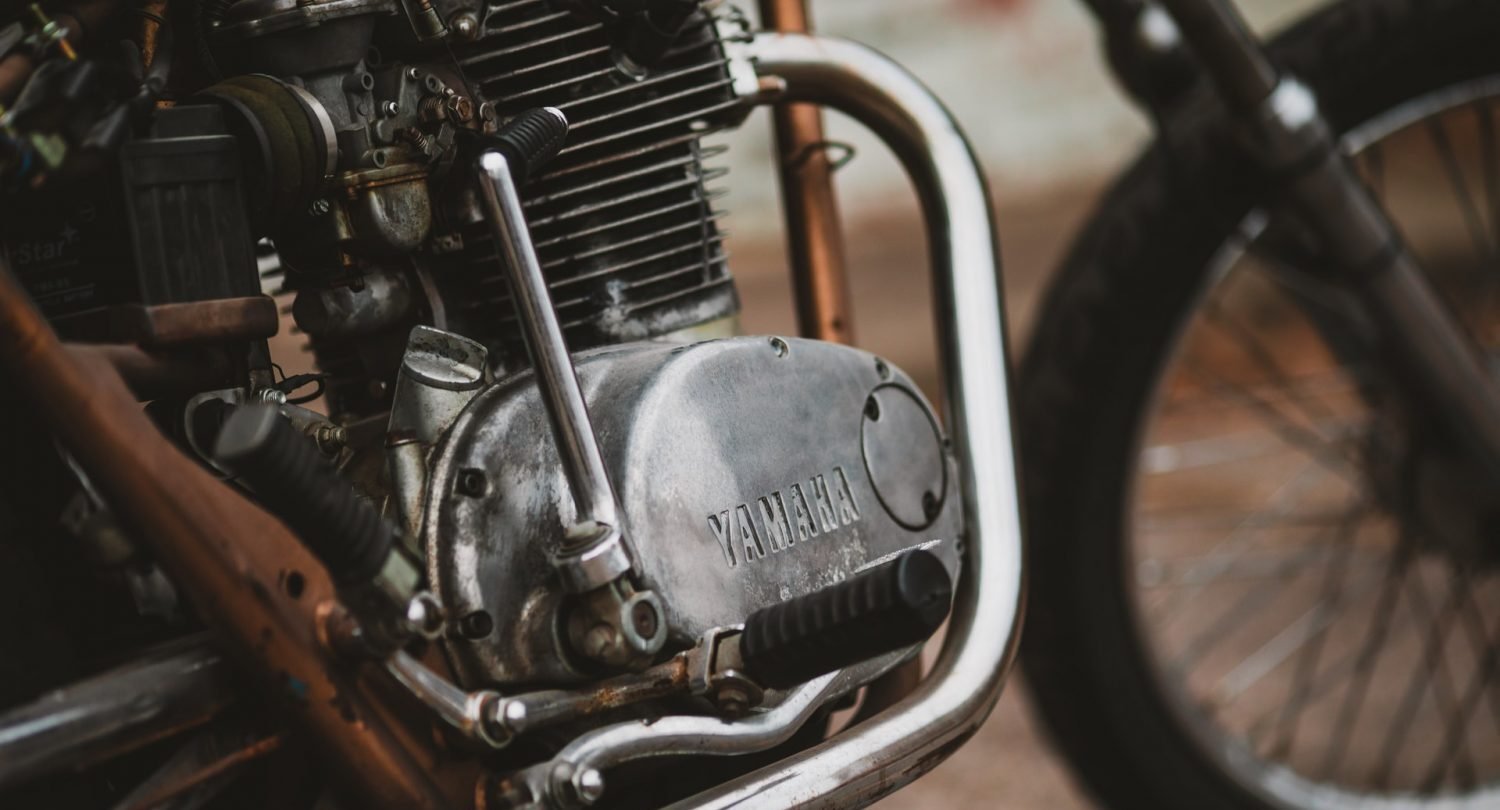 Owning a motorcycle is not enough; every motorcyclist should know how to handle his machine at time of crisis. Traditionally, the motorcycle season in most countries coincides with the summer season. Needless to say, this increases the risk of engine overheating as well. To prevent this from happening, you need to know some of the rules and basic maintenance tips so as to avoid such problems from happening.

As a rule, the arrow of the engine temperature gauge indicates engine overheating, but a critical situation can also be determined by indirect signs. Experienced motorcyclists can immediately notice that the engine of their “iron horse” emanates a stronger heat than it usually does, or the power dropped sharply and for no apparent reason. In this case, you need to stop and stop using the motorcycle as soon as possible, as this can lead to serious consequences.

The summer is hot not only for riders but also for motorcycle engines as well. During these times, motorcyclists sometimes experience a large amount of heat dissipating from the engine, which can be caused by a variety of reasons, and if timely measures are not taken, an overheated motorcycle engine runs the risk of getting seized.

How do you know if the engine is overheating?

Engineers have designed engines in such a way that the heat generated during operation does not overheat the power unit as a whole. While riding, the rider may feel that the heat from the engine is much stronger than usual. This is difficult to miss if you pay attention to how warm the engine is during heavy riding and how it behaves in traffic jams.

Overheating of the engine can be both due to some serious malfunction or its consequence. For example, if the cooling system does not work well, then it is logical that the engine will start to overheat. On the other hand, if it is really very hot outside, and the ‘style’ of riding heats up the engine even more, you can get a whole bunch of problems as a result of overheating.

An overheated engine gives signs such as loss of power or extraneous sound for no particular reason. If the motor is on the verge of getting overheated, you will notice that even with all your possible attempts, the power does not increase.

If, during a loss of power, extraneous sounds from the engine suddenly appear, and strong heated air comes out across your legs; stop the vehicle immediately. Generally, when the engine overheats, it starts tapping, as if hinting: “Rider needs to get out.”

Motorcycle problems can be seen, heard, and also smelled. Extraneous odors will tell you that something has leaked somewhere, if an oil puddle has not yet formed under the bike. But if you smell of burning oil near the engine, this is an extremely alarming sign. In the normal state of a motorcycle, technical fluids do not leak and, of course, do not burn. But if the heat of the engine makes the oil burn; that’s it, apply brakes immediately!

If a loud gurgling suddenly starts in the radiator, it means that the motor either is not cooling down due to some problem, or does not have time to cool down. Either way, an abrupt sound of gurgling from radiator is a good reason to stop.

To begin with, there are many reasons for the engine to overheat. Some, lie on the surface, while others may be hidden and have no obvious signs.

The grease may have lost its properties, the main and connecting rod bearings may have failed, and if the engine is emitting white smoke; then this may be a clear sign of the presence of coolant in the cylinders. This is due to the fact that the temperature of the exhaust gases rises rapidly; the cylinder head overheats, which in turn, heats up the coolant in the channels. A burnt exhaust valve also leads to similar consequences. However, the most common causes of engine overheat are;

Insufficient Coolant: Although you need to monitor the level of oil and coolant every month of the year, but the truth is, almost all the riders refill their radiators with fresh coolants during winters. Air pockets can form in the cooling system if the coolant is constantly at a minimum, and to top it, poor quality of coolant is being used.

The second reason is more common among lazy riders who constantly forget to buy a “coolant” and add water to it.

Clogged Radiator: Access to a radiator is difficult and it is not always possible to visually monitor the state of the grill, and especially to clean them. As a result, we often ride with a radiator that is clogged with dirt. The heat transfer processes gets disrupted due to this and you risk your engine into overheating.

Malfunction of Cooling System: Each element of a cooling system has its own purpose. For instance, the thermostat monitors the movement of the coolant between the networks: While the engine is cold, and the coolant is not yet hot, it is pumped into the cooling jacket with the help of a pump. Passing through the cylinders, the coolant gets heated and then it returns back to the pump. And so it will circulate until it warms up to a certain temperature. If the thermostat is stuck in the first position, the liquid may not enter the radiator and quickly overheat.

Sometimes the temperature sensor fails: the pointers seem to be normal, but in fact the temperature is high. Failure of the radiator cooling fan also leads to overheating, this usually happens at low speeds (for example in traffic congestion).

Most liquid-cooled motorcycles have four-stroke engines. They, as a rule, have high power and are able to work at high speeds for a long time, which is why they have a large thermal load. It is quite difficult to overheat such a motor, but with improper maintenance or breakdown, this is a completely possible reason. Therefore, the owner of the motorcycle needs to carefully monitor the condition of the cooling radiator. It can easily become clogged with dirt or damaged by stone.

Any chipping or cracking in the radiator can lead to a coolant leak, which means that the efficiency of the cooling system will be significantly reduced. In addition, you need to carefully monitor the level and condition of the coolant in the system and top up if necessary.

Another cause of overheating can be a malfunction of the pump, which creates the required fluid pressure in the cooling system. If it is out of order, it should be replaced immediately, as operating the motorcycle with a broken pump will result in engine damage.

These types of engines are both two and four strokes, but the reasons for their overheating are similar to each other. Air-cooled engines do not have a liquid radiator and are cooled by incoming air flows. Cooling fins, which are located on the cylinder head, are used as air radiators. If, during operation, these fins become clogged with dirt or debris, then the probability of overheating increases many times over.

In addition, it is easy to overheat them when they are idle for a long time, since in most cases they are not equipped with forced cooling.

Motor damage from overheating can vary considerably. If the owner noticed a problem in time and stopped using the motorcycle, then you can get off with simple repairs. However, with prolonged overheating, the consequences can be significant:

In case of overheating, you need to immediately look for a place to stop, preferably in the shade. The engine must be allowed to cool down without sudden changes in temperature. There is no need to forcibly cool the heated metal, let it gradually cool down itself.

What to do if Engine Overheats?

Among the two questions; how to deal with engine overheating and why the engine is warming up – is a big abyss. The motor can fall into the “red zone” for many reasons and it will probably not be possible to guess the right one right away, unless you being a professional mechanic.

Tips for Cooling the Engine

In practice, most riders, once noticing an increase in temperature, turn off their motorcycle engine as soon as possible. This is an ideal solution in most cases when you get a warning signal on your dashboard.

For the liquid cooled engines, if there is overheating, but the temperature has not reached the critical level (no warning signal displayed on the dashboard), then it is better not to turn off the engine immediately. It is ideal to immediately reduce the speed, then stop the bike and let the engine run for another couple of minutes. However, in case of an air cooled engine; stopping the bike completely won’t solve the problem since the radiator dissipates the engine heat from the flowing air.

So, in cases like these, where the engine is getting overheated and the temperature gauge has not reached the critical level; slow down your bike and keep moving for few minutes so that the air flow cools the engine down. This method helps to avoid deformation and cracking of highly heated parts after they cool.

Do not open the coolant tank cap while the engine is hot, as this can cause burns. And make sure you add coolant when the engine has completely cooled down. The temperature difference between the heated parts of the engine and the liquid being poured can also cause deformation.

Along the basic checks, it is also important to check the operation of the pump, condition of the chain, and temperature sensor.

If none of the tips have worked out for you yet; wait for the motorcycle to cool down completely and wash the radiator as well as engine compartment. In this case, it is necessary to carry out all the work correctly so as not to flood the electrical equipment, or to damage the radiator.

For older motorcycles, it is also advisable to carry out internal cleaning of the cooling system by flushing the radiator for any scale or rust.

The engine structurally has many parts and assemblies that are very sensitive to changes in temperature. If we talk about minor overheating damages, the valve seals are the first to fail, and then the piston rings. Furthermore, when the overheating is prolonged, then there is a high probability of valves and gaskets getting burnt.  Any type of overheating inevitably leads to expansion of parts which will lead to cracks and deformities, and in the worst case, an engine seizure.

Engine coolant and the radiator should be diagnosed for any problems every alternate month. Also it is necessary to perform all the diagnosis and preventive procedures carefully since the cooling system consists of a large number of rather fragile parts.

Motorcycles that are amazing for couples

How to winterize a motorcycle properly