Why Motorcyclists Should Wear Gloves While Riding 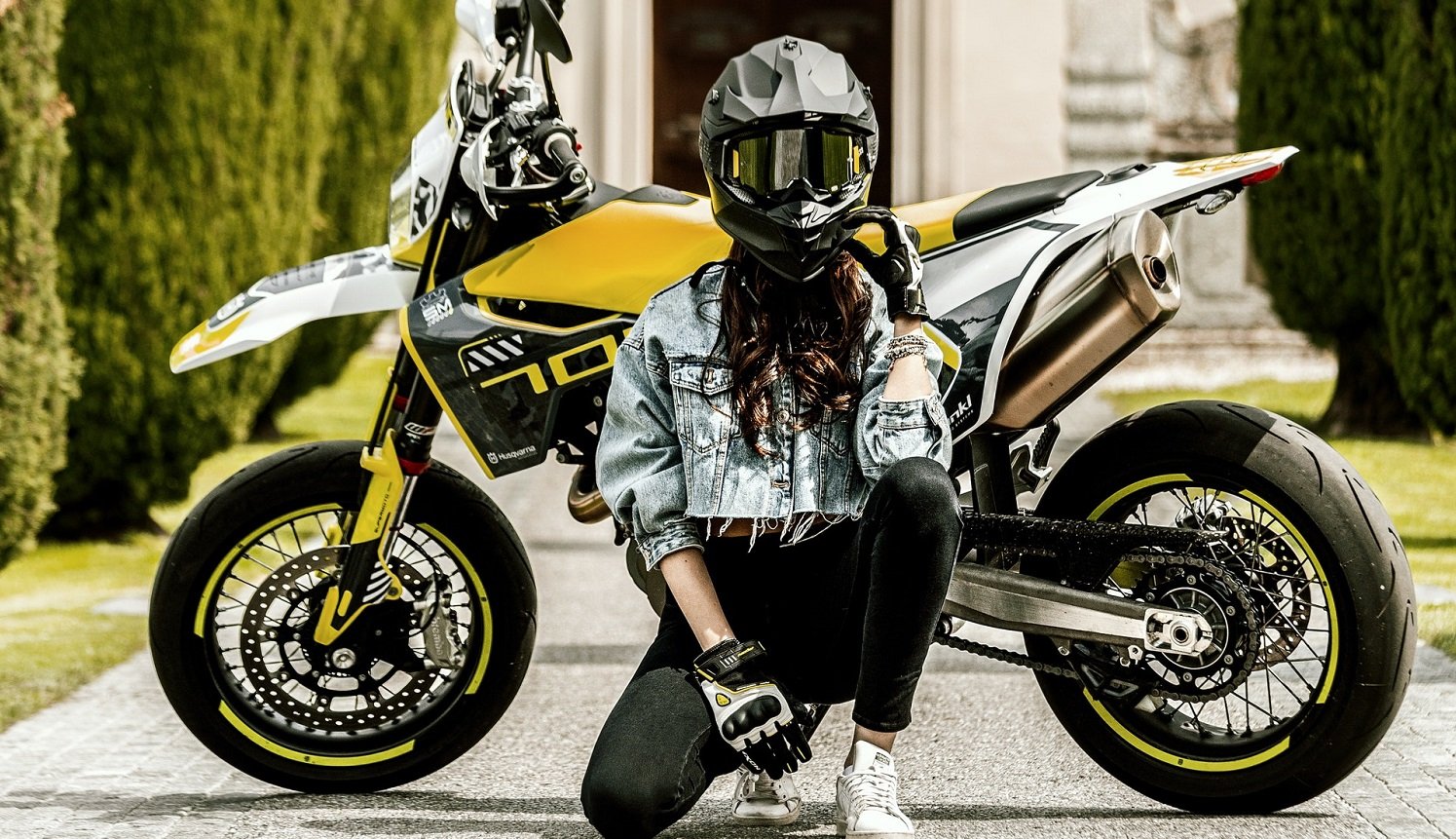 Among the most heated discussions in the field of motorcycle safety, the use of motorcycle gloves continues to be one of the most contested topics among motorcyclists, regardless of their age or gender.

Surprisingly, United States seems to be losing out to the European countries on this subject. France, for example, has made the wearing of motorcycle gloves mandatory for both the rider as well as pillion. And those caught violating this regulation are liable to incur a fine of up to 65 euros.

A study conducted by the CDC (Centers for Disease Control & Prevention) involving 1.2 million motorcycle crash victims revealed that 47% of the time, riders are likely to be injured around their hands.

This is because, in majority of motorcycle accidents, motorcyclists end up being thrown out of their ride into the air. And as a common reflex, riders use their arms to brace themselves as they fall.

While this is a common instinct, riders who endure hard landings in a crash are at high risk of hand injuries, especially around their wrists, palms and fingers. And in case the impact is significant, a motorcyclist is likely to suffer permanent disability.

So, if you are still not convinced as to whether or not you should be wearing a motorcycle glove on your next ride, read on to find out why.

The most common scenario we see on a daily basis in the streets these days is quite disappointing. Nearly all of the riders have a firm belief in their own invulnerability. To say the least, the limited use of motorcycle gear reflects their undaunted belief in luck.

While working around with a hammer, for instance, we put on thick padded gloves to protect our hands in case we miss and strike our hands accidentally. But while riding a motorcycle, we often meet so many riders who prefer to ride with bare hands and leave it all to chance.

With the exception of wearing a helmet, which is primarily compelled by legal obligation and fear of prosecution rather than any real awareness of its usefulness, a typical motorcyclist can be seen riding through traffic in everyday casual attire: Jeans and T-shirt.

And when the temperature soars, forget gloves, one can even see bikers riding in flip flops.

But do the other factors change as you experience significant discomfort in soaring temperatures? Say for instance, does the asphalt become soft on the day you do not prefer wearing a motorcycle glove?

Of course, when the sun is soaring high in the sky, the desire to be properly geared up for a ride, regardless of the duration, is considerably reduced. And not surprisingly, it is during this period of the year that we see a peak in the number of accidents involving motorcyclists, who often get carried away by the sheer pleasure of riding at high speeds and are met with unfortunate consequences.

In a four-wheeled vehicle, you will see that most passengers wear seat belts for protection. So, in case of an impact, they are restrained by their seat belts which protect them from the immediate danger occurring during the crash.

On the other hand, a motorcycle does not have these protections. As such, a motorcyclist is thrown off at a distance in the event of an accident and, by instinct, he or she will try to brace themselves with their hands. As a consequence, this could lead to permanent neural or muscular damage if no sort of protection is present in between to absorb the impact.

And while we know that safeguarding the hands might not be as important as protecting the head, it must be understood that injuries to the hands takes the longest time to heal and are amongst the most difficult things to live with. For this reason, it goes without saying that motorcycle gloves should be part of the basic safety equipment regardless of the riding style.

In fact, there should be absolutely no excuse whatsoever to skimp on the riding gloves, even if the traffic regulations currently in effect do not include this aspect in our country.

How do motorcycle gloves protect the rider?

Be it summer or winter, motorcycle gloves are an indispensable part of motorcycle equipment to ensure an optimal riding experience on the road. In fact, there is more to it than just comfort.

Riding with an appropriate pair of gloves significantly increases the safety of the rider as well as protects the hands from injury.

Simply put, there is no getting around the fact that this piece of gear is an absolute essential.

What these gloves do is protect the rider in the best possible manner against injuries resulting from a fall.

But how do they do this?

Well, in addition to an abrasion-resistant outer material, it is the protective padding that provides maximum reinforcement.

Here, the knuckle protectors play the most important role by shielding the upper part of the hand. And since the upper area is believed to be particularly vulnerable in the event of a fall, these hard plastic or carbon fiber knuckles offer the highest level of protection.

Furthermore, some models with a breathable membrane (e.g., Gore-Tex) offer waterproofing capabilities and also regulate the accumulation of heat and moisture build-up inside the gloves.

Besides, anyone who rides in winter can do so quite comfortably by utilizing specialized winter gloves. Furthermore, there are dedicated summer gloves to let your hands breathe and be as comfortable as possible on a hot sunny day.

Even the palms are protected all around, as these motorcycle gloves are equipped with palm sliders that protect against abrasion in the event of a skid. Plus, additional foam padding around the thumb as well as on the edges of the hands further guarantees a comprehensive protection.

So, altogether, a motorcycle glove guarantees a complete all-around security of the hand whilst featuring a minimalistic design for an unobtrusive ride.

What will happen if a rider does not wear motorcycle gloves?

A motorcycle glove protects you from all possible injuries on the road. Besides, they protect your hands against any flying debris, such as stones, gravel, twigs, or anything else that is thrown away by the tires of other vehicles. In addition, these gloves act like second skin and thus prevent sun burns that are quite common among motorcyclists.

You may have heard from a fellow rider or perhaps experienced it yourself – that a riding glove restricts rideability to some extent. And while we do not disagree, we do believe that protection comes before comfort.

So, ask yourself if you would do the same thing if the question was about protecting your head if the chances of falling on your face were high enough?

Remember, the more protective features your glove incorporates, the less comfortable it will be. And while we do not recommend going for a very heavy armored glove (unless your riding style demands it), you should still choose a glove that offers decent protection.

But what happens if you decide against it and ride without wearing proper motorcycle gloves?

Anyone who has ever been a victim of a motorcycle accident knows that the first instinct following a crash is to throw one’s hands forward in an effort to protect the head, chest or face from the impact. By doing this, we may succeed in protecting the most important parts of the body, but this protection comes at a price.

At the very least, you will end up with a broken wrist.

And to give you an idea of what it really feels like, picture a scenario in which you crash on a smooth asphalt road.

Your immediate reflex would be to try to save yourself using your hands. If this accident occurred while you were riding at an average speed of about 20km/h, you would either be thrown off your bike with some force, or you would be dragged under your bike until it stopped sliding. Consequently, the exposed skin on your hands will rub against the road surface, resulting in first degree burns.

But just how often do we really ride at this speed on a highway?

A crash at an average speed of 30 km/h will bruise the second layer of the skin and give you second degree burns.

At 50 km/h or more, which, by the way, is considered normal for a motorcyclist on the highway, the entire epidermis will melt from the frictional heat, resulting in third-degree burns. And recovering from this type of injury will take months and often requires skin grafting.

Thus, to avoid such pain, we suggest that you wear motorcycle gloves at all times – suited to your riding style.

Here are some pretty solid reasons as to why you should be wearing riding gloves.

While on a motorcycle, it is extremely important to choose the most appropriate riding gear. And although budget constraints do limit motorcyclists one way or the other, there is no need whatsoever to consider only the most expensive piece of riding gear.

Rather, a motorcycle gear should be chosen according to its safety features and characteristics that are in accordance with the riding needs.

For instance, a standard $50 motorcycle glove can provide all the protective features and safety attributes required by an urban commuter. However, the same cannot be said for a track racer, whose needs are better served by specialized racing gloves that offer high resistance against sliding crashes (quite a common scenario if you’ve seen MotoGP races).

So, be it any season of the year, or any kind of motorcycle sport you indulge in, it is necessary to wear motorcycle gloves (and more importantly – the appropriate one), in order to protect your hands from any unforeseen circumstances.

How To Wash, Clean, and Maintain Motorcycle Gloves